I want to thank NetGalley and Little Bird Publicity for an advance copy of the book in exchange for an honest review/opinion.

A Matter of Will is not the type of book that I usually read. In fact, I thought I would not like it. The beginning gives you the idea that the book will be all about the stock market and a broker. While Will is a broker the book is a mystery and somewhat thriller.

The book is the story of a naïve and struggling broker on Wall Street, his attorney girlfriend, seedy Sam and a she-devil named Evelyn. The story takes several turns and is full of adventure, subterfuge, romance, collusion, murder, profiteering and a little bit of stupidly. To be honest, there was a lot of stupidly. Put all that together and you have a good book.

I am going to stop at that. Anymore from me, you will not need to buy the book. That would be a shame because it is a good book.

I would like to thank Netgalley and the Publishers for giving me a copy of the book in exchange for a honest review.

When I started this book I was not aware it was the second book in a series. After a few chapters I was ready to put the book down. That is something I never do. It was obvious that there was another book before this one and the first book, Twist of Faith, had to be read if you wanted to understand the second one. A short look in my Kindle and that problem was solved. I didn’t even remember buying the first one.

The second trip to Absolution was much easier to read. However, you still have to stay on your toes. There are lots of twists and turns, names, and characters along with several murders. This is not an easy read. The author also chose to give most of the main people a name that is similar and starts with an “A” and the two main women in Russell’s life are Juliette and Joanne.

The book is good and I am glad I read it. I will also buy the next one. I couldn’t give it a 5 star simply because it was hard to read at times.

First the Thunder is the first book I have read by Randall Silvis and I am glad I did. This book is about three brothers, their families, problems and secrets. Secrets you may not believe. This thought provoking thriller was a great read. The twists and turns will keep you on your toes all the way to the end.

Tessa Markham heads for home after a day of work and stopping by the cemetery to spend some time with her twin babies as she does every week. Much to her surprise, there is someone in her house and she lives alone. Astonishingly she finds a young boy sitting at her table, drawing pictures. Looking up, he says ” Are you my mummy?”.

And so begins Tessa’s descent into a nightmare. She’s being accused of kidnapping this boy. Even though she vehemently denies it, the police know she’s done it before, but there were no charges brought.

Tessa isn’t sure who she can trust but she knows instinctively that something just isn’t right. And who is the woman who seems to be following Tessa? Somebody is lying, and finding the truth may be more dangerous than she knows.

This is a well-written psychological thriller featuring credible characters. The story line is good, even though a little predictable. It’s mysterious, but not suspenseful. It’s a fairly fast read and I would recommend it to anyone who likes this type of book.

When Abby, a young twenty-something, is told by her doctor that she is two months pregnant she is stunned to say the least. She hasn’t had sexual intercourse since she broke up with her boyfriend, Ben, over a year ago. She is so insistent that the doctor is mistaken that she takes two pregnancy tests at home only to have her fear confirmed.

She realizes that two months ago was New Years Eve where she attended a party at her best friend Danny’s house. She recalls becoming very drunk and knocking back tequila shots the entire night. The problem is she can’t really recall much of anything else. This had to of been the night in question and she is sure someone had to of raped her.

Whoever he may be he begins taunting her with anonymous letters, presents, flowers, and text messages. Why would he rape her and then start stalking her?

This book had me fooled from the get go. I thought I knew what happened to Abby but Karen Cole proved me wrong.

Gemma Ballantine seems to have it all – the perfect husband who loves her, two lively little girls, her own home and a successful business. But lately she’s been feeling stretched trying to make time for her family and her work. When her youngest daughter is found wandering the streets before school and her older daughter is suspended from school, she gives in and hires a live-in nanny who can look after getting the girls to school and help out with their homework. The nanny looks quite plain and sensible and seems friendly and helpful, but Gemma soon learns that nothing is quite as it seems.

Sophie has suddenly found herself trapped in every loving parents worst nightmare. She is on a train, hours from home and has just received a chilling phone call. Her four year old son Ben and his young friend are in the hospital after a serious accident.

Sophie is at her wits end. She thought Ben would be safe with her best friend Emma. Someone Sophie had bared her soul to, despite the village rumors. But now Sophie is beginning to wonder if she has made a unforgivable mistake.

This is not the fastest paced novel the author has written but the book is absorbing and builds to an exciting finish. Emma and Shaun are still living together but no longer together as a couple. They decided to continue living in the family home for the sake of their 10 year old daughter Masie. But when Shaun meets Joanne all their plans change. Joanne is a single and just happens to be Emma’s boss, she also has a 10 year old daughter named Piper who is not the nicest little girl in the world. Masie does not like either Joanne or Piper and Emma is convinced that Joanne is hiding dark secrets. 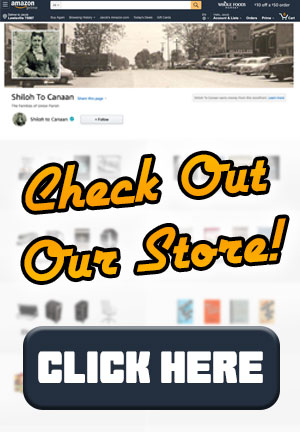 Shiloh to Canaan is a participant in the Amazon Services LLC Influencer/Associates and  Amazon Affiliates advertising programs designed to provide a means for sites to earn advertising fees by advertising and linking to Amazon.com and https:///www.amazon.com/shop/influencer-e55f1868.